I'm next on this fun tour...Six Degrees of Separation! I have to be honest and say that I was not familiar at all with the Kevin Bacon theory...game...whatever it is called, however I was very intrigued by it. After doing a bit of research, I was surprised to see just how crazy it is that he is linked to....well, just about every movie in some way or another. I really never viewed Kevin Bacon as being that hot of an actor, but I guess he is! 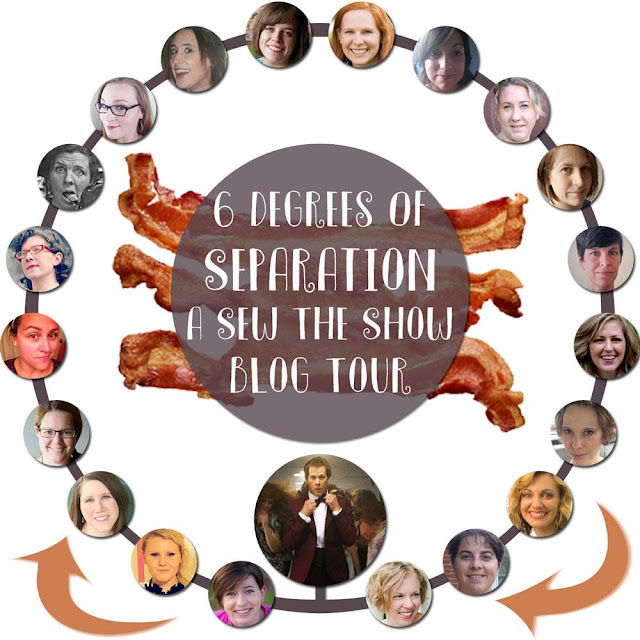 We went with just one degree of separation for the movies, so NO, not everything is connected to Kevin Bacon. Oh, but you'll see it all come around full circle. PROMISE! As we planned for this tour an picked spots, it got a bit crazy...really! My movie geek brain came out and I had to type fast to secure my spot. I missed out of a few of my first choices, but in the end I am super happy with the one that I chose...Pretty Woman! Seriously one of my favorite movies. 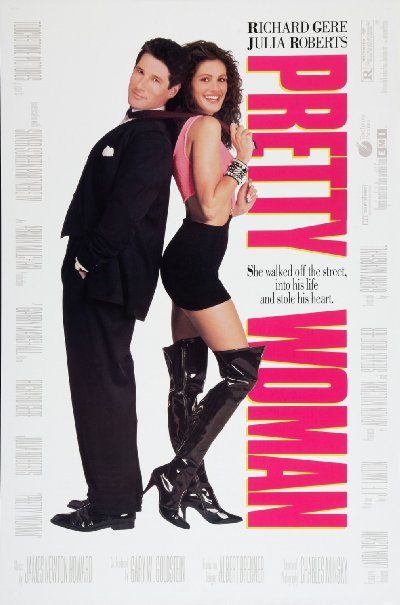 [image credit: IMDB]
Growing up, Julia Roberts was my FAVORITE actress, so naturally I would pick something with her in it. If you have been following along on the tour you will know that Karly from Paisley Roots was before me with Notting Hill, making the connection with Hugh Grant, which I then came in for Pretty Woman with Julia Roberts, whom was also in Notting Hill...see the one degree of separation there?!?! It sure can get confusing, but so fun too. 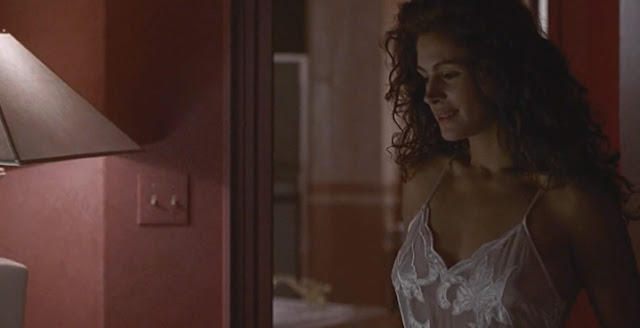 I started doing my homework (seriously, watching a movie for homework...yes please) by paying close attention to the clothes and outfits that were in the movie. This wasn't hard at all, considering the fact that half the movie is about her wardrobe. In the end I ultimately decided to go out on a HUGE limb here, and sew a piece of lingerie. Um....what?!?! Yes, you heard me...lingerie! You know what the movie is about, right? Well, granted she wore that HUGE fluffy white robe throughout half the movie, I wanted to be a bit more creative and go for what was underneath. 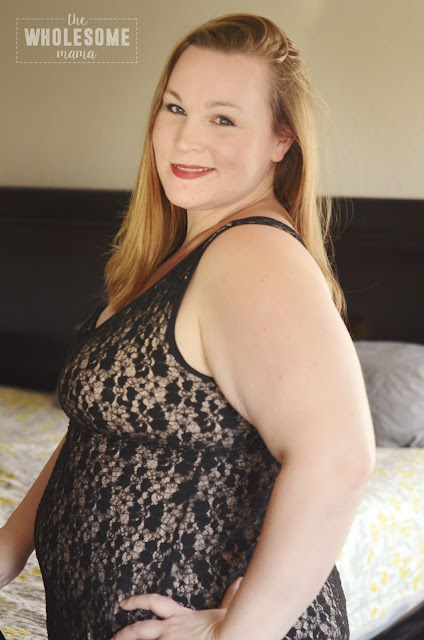 I made the Everyday Essentials nightgown from EYMM for my look. I had some black stretch lace that I got from Joann's as well as some ballet pink knit that I also found in Joann's red tag bin. I decided to layer the pink underneath because, well, lace is see through! I love how putting the pink underneath the lace really kept the feel of the piece, but also made it a bit more modest. 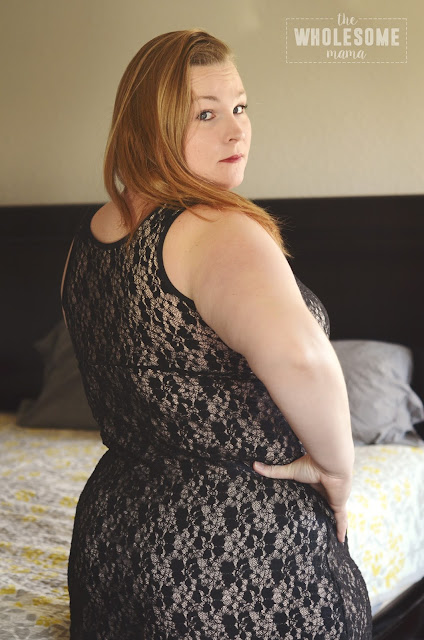 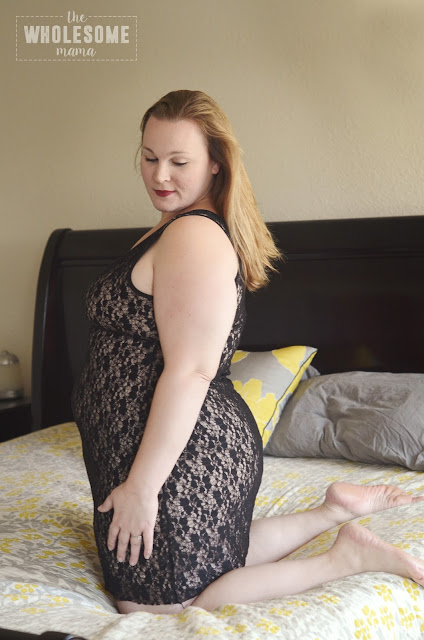 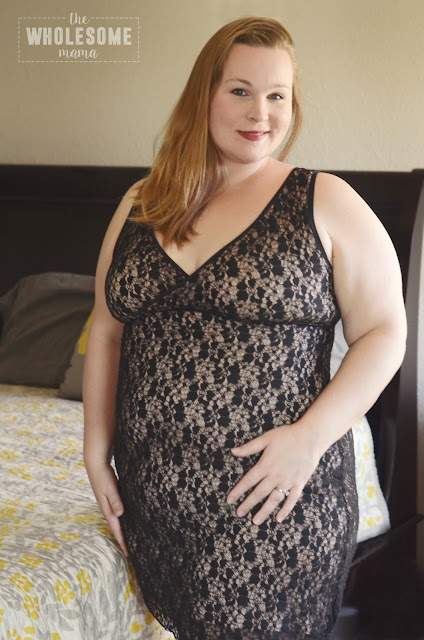 Make sure to visit all the stops along the way and make all the connections! Next up tomorrow will be Rachael from It's Been Taylored. And don't forget to visit Sew The Show as well as on Facbook to stay up to date with all the shenanigans going on. We also invite you to sew your own inspired look from one of the movies along the tour if you choose. You can link up by using the hashtag #sixdegrees or #sewtheshow 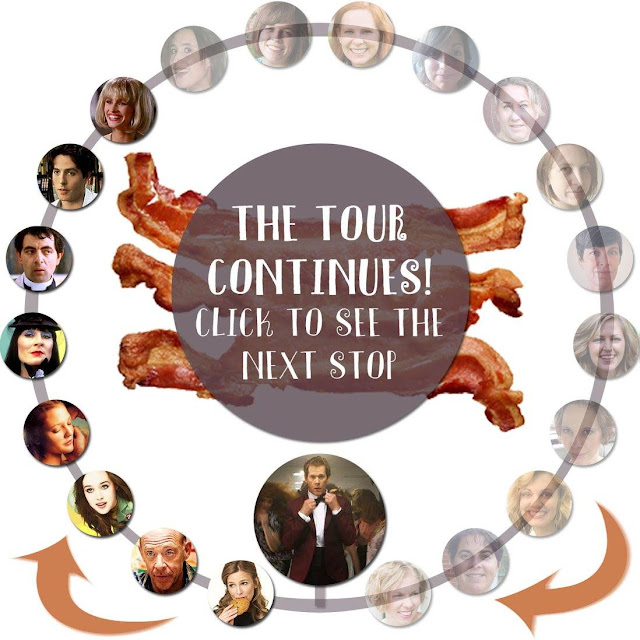 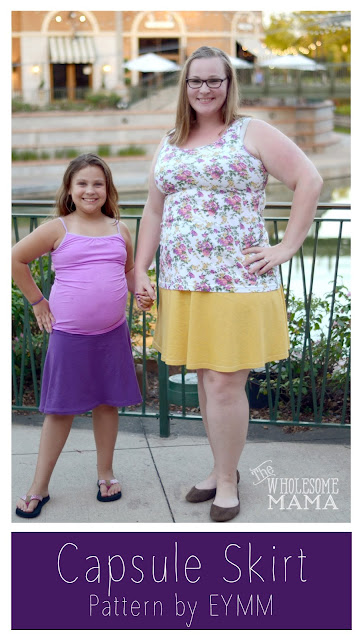